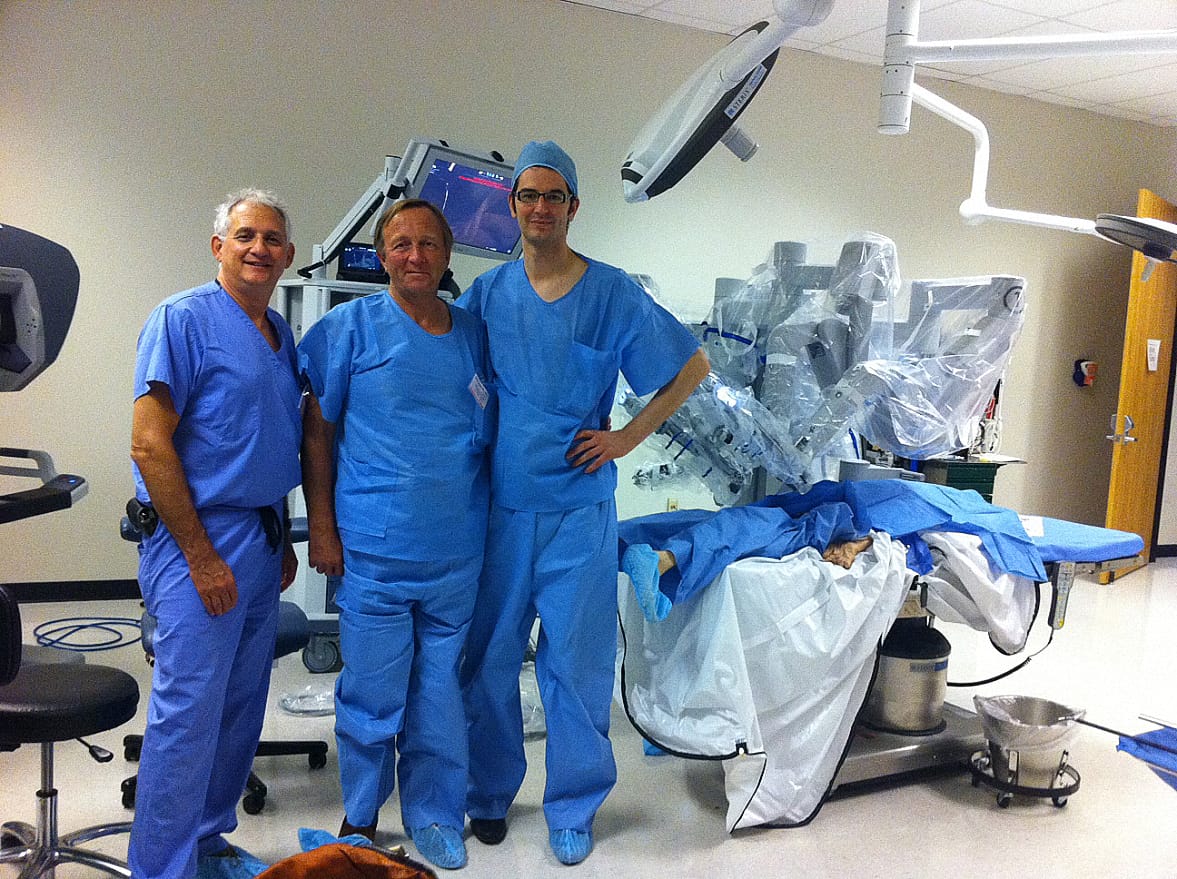 Transanal endoscopic microsurgery (TEM) has been pioneered in Oxford since 1993. This is a keyhole operation inside the rectum with magnification and keyhole instruments to cut away and repair a piece of the bowel wall saving the need for major abdominal surgery.

Since the introduction of bowel cancer screening the number of patients with small early rectal cancers has rocketed, and so TEM is the perfect solution for many of these tumours and is being used more and more.

Robotic surgery is best used for a small target in a confined space – and this is really why it is used for prostate cancer. Supported by OCCTOPUS a small Oxford team has developed a protocol and technique for deploying robotically controlled instruments inside the rectum. After a visit to the headquarters of Intuitive Surgical Inc, the makers of the Da Vinci robotic system in Sunnyvale, California and a series of phantom operations, robotic TEM procedures have been successfully carried out in Oxford; some of the first in the world. Together with teams in Rochester NY and Geneva, the early world experience with robot TEM has been published in the BJS (see the publication). This is an exciting development with enormous potential.