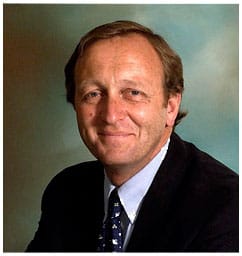 Neil Mortensen is Professor of Colorectal Surgery in the University of Oxford Medical School and has been on the staff of the Oxford University Hospitals since 1987, retiring from full time NHS work last year. He is Fellow of Green Templeton College.

He trained in Birmingham, Bristol and St Mark’s Hospital and has clinical and research interests in a wide range of colorectal diseases. He has published over 350 original papers, 30 book chapters and has edited 8 books. He is Past Chair of the British Journal of Surgery Society, President of the Ileostomy Association, and has been Past President of the Association of Coloproctology GBI and the Coloproctology Section of the Royal Society of Medicine. He is Editor in Chief of Colorectal Disease. He is an honorary member of a number of national and international surgical societies.

His first interest in charity work was in founding and becoming the first Chair of the Friends of Mvumi Hospital, a regional mission hospital in Tanzania. He also co-founded and was first chair of the Bowel Disease Research Foundation for the ACPGBI in 1995. He introduced the first patient association for those with ileoanal pouches, the Kangaroo Club in 2000, and in 2004 the charity OCCTOPUS – Oxford Colon Cancer Trust, which supports education, research and new technology in colorectal diseases. He was elected to chair the charity in 2017.

He became a member of the Council of the Royal College of Surgeons of England in 2013, and a member of the Trustee Board in 2016. He is Chair of the Journals Committee, Editor in Chief of the Bulletin, Chair of the Research Group and Chair of Libraries, Museums and Archives at the College.