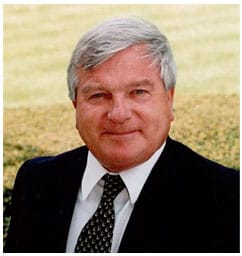 A civil engineer by profession, his early career was in home and international construction. In the 1980’s as a joint MD of Balfour Beatty plc he led the UK’s leading construction exporter on all its overseas activities. In 1989 he headed up the buy in/buyout of ARC construction businesses from Hanson plc and remained the founder Chairman of Amey plc until his retirement in May 2001.This period included Amey’s floatation on the Official List of the London Stock Exchange and saw the company into the FTSE 250 with a market cap of £1.4 b in 1999/2002.

He was Chairman of Energy Power Resources Ltd for 6 years prior to its sale to Macquarie in 2005, and was a founder investor in 2001 and an NED until 2010 and remains an NED in a Recovery Fund, Volvere plc which was floated on the AIM Market in 2003.

He is a former Regional Chairman of the CBI, and of the Oxford University Hospitals NHS Foundation Trust (one of the largest NHS teaching trusts in the UK), from 2000 to 2003.  He was the Senior Governor of Oxford Brookes University from 1998 until November 2006 when he was awarded an Honorary Doctorate.

He has over the last 15 years been active in charity giving and fund raising, as both a patron and trustee with various medical and educational charities including the Oxford Cancer Campaign, the OUH Charitable Funds, Oxford Brookes and the Mulberry Bush School, Cancer Research UK, Institute of Cancer Research, together with his family charity and also OCCTOPUS from 2004 to 2017 when made a Patron.